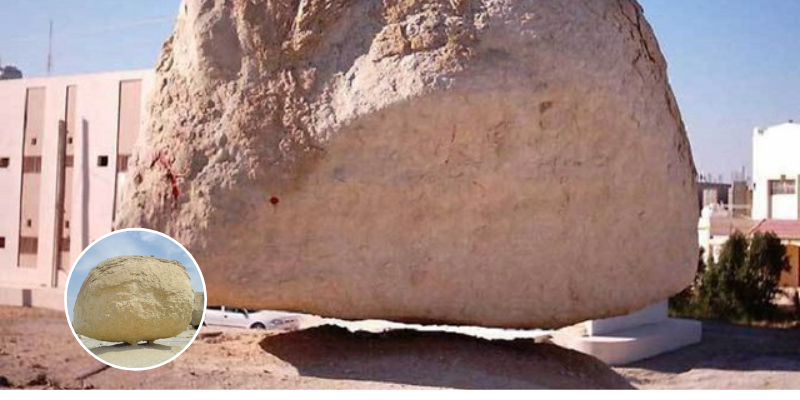 Al-Ahsa is home to beautiful rock formations shaped by the forces of nature, and social media is filled with photos and videos of a rock in Al-Ahsa with claims that it is levitating. It has even earned the name “Floating Rock” for its supposed nature. Yes, there is a tock in Saudi that’s surprisingly still standing, but it definitely is not floating.

The purported photos of the rock are photoshopped. Some of the claims go way back; this tweet is from 2012.

You know that floating rock in Saudi Arabia?….. pic.twitter.com/G876A5Yo

Yup, even verified accounts posted about it.

Take a look at it without Photoshop now. There are three pillar-like bases that protrude from the rock, and that’s what it stands on.

Here’s a video for further proof.