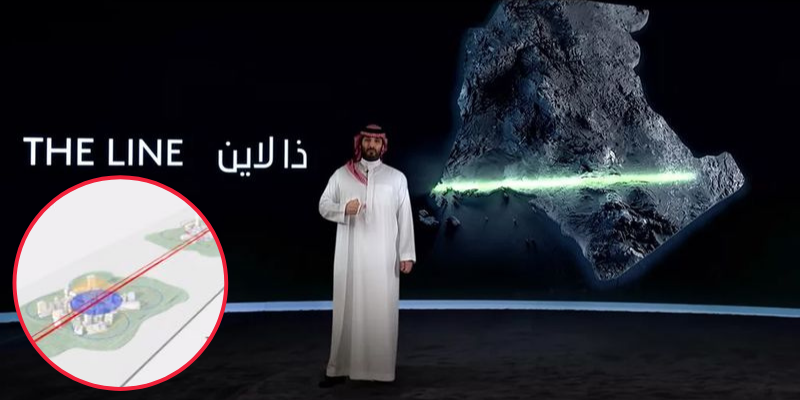 In Saudi Arabia, you get to see it all, the tall buildings, the large-scale events, and now a horizontal skyscraper that will run for 170 kilometers

In the Kingdom’s biggest project of Neom, the sustainable city, Mohammad Bin Salman announced ‘The Line’ project which consists of Saudi’s first horizontal skyscraper. The Line will have clusters of connected cities called ‘modules’ that will run throughout the stretch, consisting of residential, retail and office spaces.

Construction of this amazing project began earler last year and will hopefully be completed by 2050. Once completed, the city of Neom aims to be a central hub for sustainability and enviromental dedication. It will have 0 carbon emmissions and will also utilize AI for multiple means of transportation, purchase, and more. Buildings running through ‘The Line’ will also be carbon-positive and powered by clean energy.