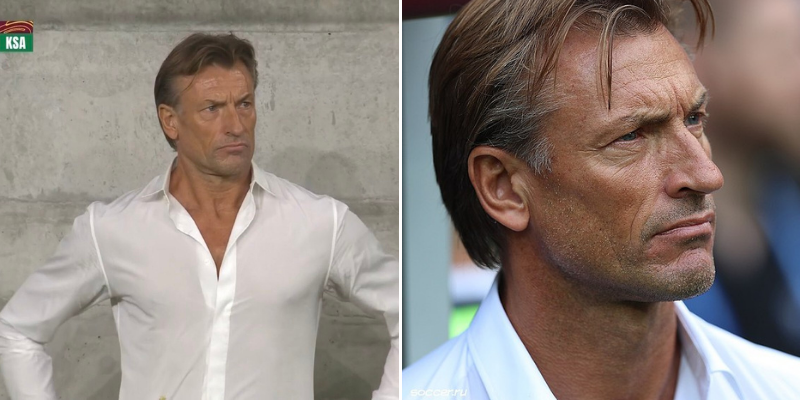 Saudi Arabia’s 53-year-old French coach Herve Renard has been the national team’s coach for over 2 years now, but he’s now all in the news despite a rather uneventful match that ended in a goalless draw. The Saudi team was playing against Australia as part of a World Cup Qualifier and with the goalless draw, the Saudi side continues its undefeated run. But wait, the star of the show turned out to be the Saudi coach. Renard’s movie-star looks are being widely covered in Australian media outlets.

This is what Fox Sports’ Matt Russell tweeted.

The Saudi coach could be the next James Bond. #AUSvsPAK

Even brands jumped onto the bandwagon.

Some compared him to Game of Thrones’ Jamie Lannister.

Jamie Lannister is hiding out in Saudi Arabia https://t.co/bu3FUOQ2P2