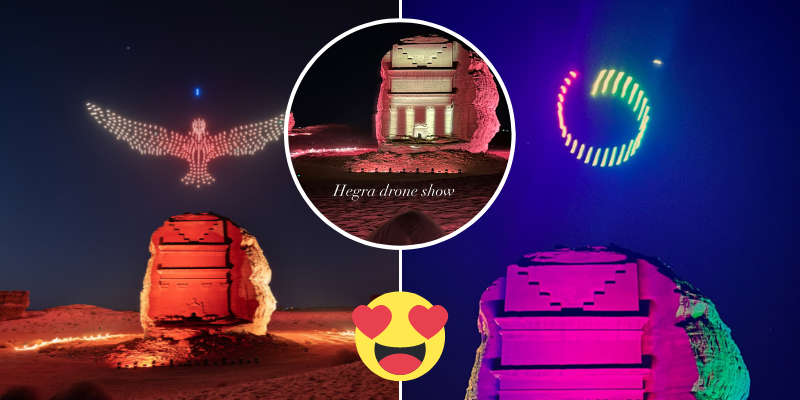 The sky alight with drones above the monolithic Tomb of Lihyan son of Kuza, #Hegra’s Drone Show brought awe and wonder to #AlUla#AlUlaMoments

The region organized a three-day drone show this past Thursday as part of the Wellness Festival. Known as, “The Silence of Light,” the show featured around 400 drones that flew 200 meters high in AlUla.

The Silence of Light: an artwork by SKY MAGIC, produced by @BalichWS…

It was an honour to have the opportunity to design a performance that responds to the powerful, historical setting that is Hegra. #AlUlaMoments @AlUlaMoments #Hegra pic.twitter.com/rxlg5JaEz5

A HUGE eagle, cool geometric designs, and a fireball literally straight out of an anime show lit up the skies around Hegra