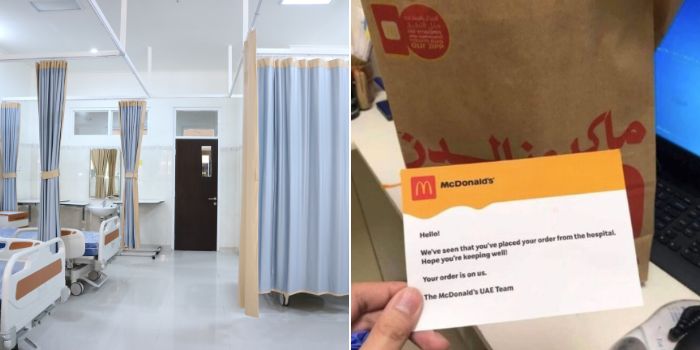 The picture has been shared many many times recently across a few social media platforms. It’s simple but it tells a great and heartwarming story.

Although the idea of ‘who would eat fast food at the hospital’ might cross your mind, the act in itself is really selfless.

The circulating post’s caption states “THIS is the kind of stuff you should be doing with all that customer data you just collected. Hats off McDonald’s “ 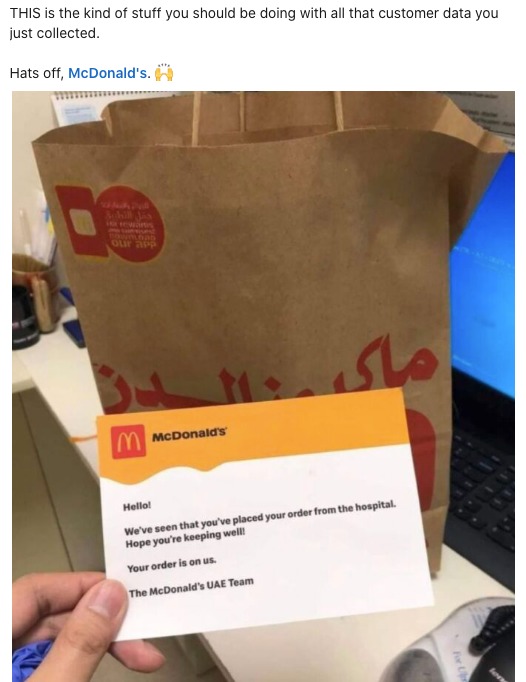 What we can assume happened is someone placed an order to have McDonald’s delivered and most probably set the location to a hospital. Whether it’s a nurse, doctor, staff member, or patient.

Based on the photo, the person holding the card is holding, what appears to be a blue glove, and is standing behind a desk with a computer; probably someone working in the hospital and not a patient.

THIS is the kind of stuff you should be doing with all that customer data you just collected.

After checking with McDonald’s UAE, it turns out that the photo at the hospital dates back to COVID times when it was much more prevalent

The post below shows a similar one, uploaded to Twitter in March 2021 and in the thread, it says “A nurse in UAE ordered from Mcdonalds while working from the hospital and Mcdonalds rightly delivered with a kind message.”

Still, a great initiative on their part!

Read Next: This TikTok Star Is Determined To Improve Wheelchair Access In Dubai