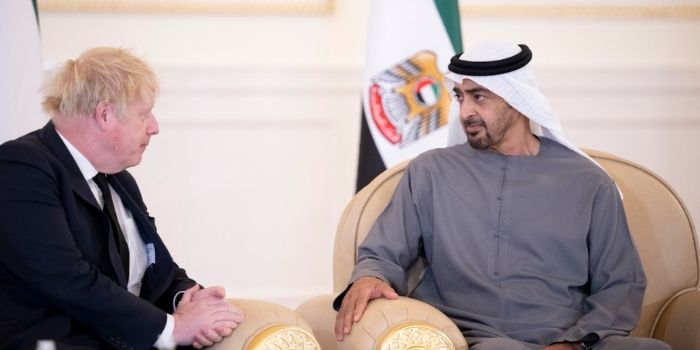 Many world leaders from all corners of the globe, travelled to the UAE to pay their respects to His Highness Sheikh Khalifa bin Zayed Al Nahyan in Abu Dhabi.

Leaders and their delegations from Egypt, Tunisia, Oman, Saudi Arabia, Germany, Indonesia, Senegal, Pakistan, Kenya and so much more!

I congratulated His Highness Sheikh Mohammed bin Zayed Al Nahyan on his appointment as President of the United Arab Emirates during my visit to pay condolences on the passing of Sheikh Khalifa.

PM Johnson tweeted “I will be paying my respects to His Highness Sheikh Khalifa bin Zayed Al Nahyan today, and offering my sincere condolences to the people of the United Arab Emirates. The deep ties which unite our countries will continue through our cooperation and friendship.”