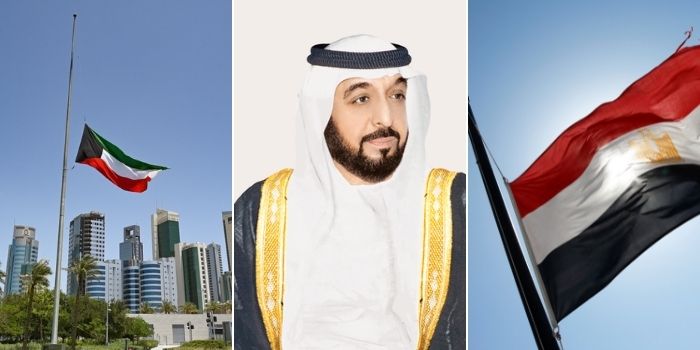 Leaders from all over the world have paid their respects over the passing of HH Sheikh Khalifa bin Zayed Al Nahyan. The UAE government has announced a 40 day mourning period.

The UAE has also suspended work for 3 days. Sheikh Khalifa served as a president since 2004 after the death of Sheikh Zayed bin Sultan Al Nahyan, the nation’s Founding Father.

Saudi Arabi’s Foreign Minister, Prince Faisal bin Farhan, tweeted “Sincere condolences to the leadership, government and people of the sisterly Emirates and to my brother His Highness Sheikh Abdullah on the death of His Highness Sheikh Khalifa bin Zayed who devoted his life to serving his country, his people, and the Arab and Islamic nations.”

“His Majesty the King of Bahrain mourns the death of UAE President Sheikh Khalifa bin Zayed” Nabeel Al Hamer, Media adviser to His Majesty King Hamad bin Isa Al Khalifa King of Bahrain, tweeted. The flags of the nation shall be lowered by half.

Kuwait declared a 40 day mourning period where the nationwide flag will be flown at half-mast. Emir Sheikh Nawaf Al-Ahmad Al-Jaber Al-Sabah introduced the vacation on Friday, Saturday and Sunday.

Egypt declared a 3 day of mourning period over the passing of Sheikh Khalifa.

Lebanon’s Prime Minister Najib Mikati issued a memorandum, noting that all administrations, official institutions and municipalities will be closed until Sunday.