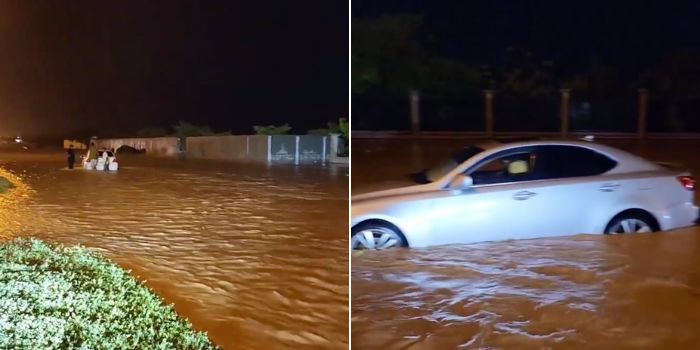 Residents are urged to avoid wadi,s rough seas, and to stop taking videos of the floods while driving. Ya hear?!

Heavy rains on the Fujairah coast this morning