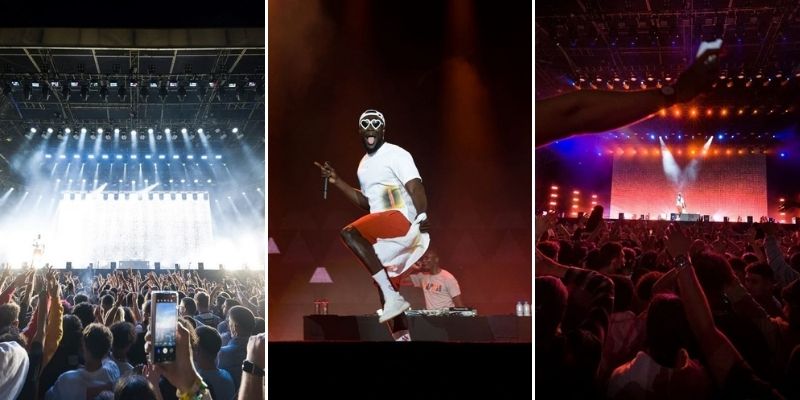 And, he’s back with a BANG! After wowing fans at the Redfest DXB festival in Dubai,  British rapper Stormzy flew down to Dubai to thrill fans at the Abu Dhabi F1 after-race concert at Etihad Park.

The show was as grand as can be- to say the least!

But, the highlight of the gig was the superstar’s cute tete-a-tete with a lil fan!

As he walked past the crowd, Stormzy shared an adorable moment with a little boy, and even engaged in a small chat.

Gig highlight: Stormzy coming up to my mate's little one and chatting @F1, telling him to switch to @MercedesAMGF1 🤣🤣

(That's some endorsement for this weekend right there, @LewisHamilton @ValtteriBottas 😄)#AbuDhabiGP #MercedesAMGF1 pic.twitter.com/1ru9d7T58F

He kicked off the evening with Big Michael, a strident motivational anthem fit for these times

He followed it up with other famous hits including Audacity,Cold and First Things First, Heavy is the Head, and other popular numbers

On a separate note, it was quite nice to hear Yas / Abu Dhabi shout this 😬😁 #Stormzy #AbuDhabiGP pic.twitter.com/DjABNUIKGy

Ahhh, such a sight to see