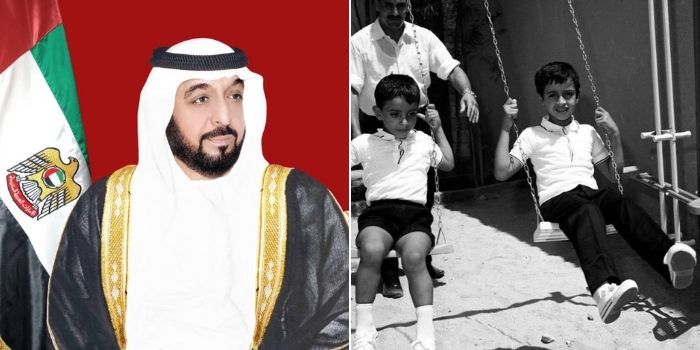 The weekend, the UAE sat in mourning for HH Sheikh Khalifa bin Zayed Al Nahyan, the second President of the UAE who famously led the rapid development of the UAE and who passed away on Friday.

The UAE accomplished many achievements under the rule of the late Sheikh Khalifa bin Zayed Al Nahyan and we see more and more how his influence touched the lives of so many.

Due to the support and vision of Sheikh Khalifa, the UAE rapidly achieved progress. Its progress was spread across infrastructure and housing according to Wam.ae ensuring a good life for citizens and world leaders paid their respects by coming to the UAE over the weekend and shared tributes to the fondly remembered leader.

Among the notable achievements during the era of the late Sheikh Khalifa are the establishment, completion and upgrading of more than 230 public schools, and the development of a world-class system of hospitals and 32 federal government health facilities. He also supported fishermen by establishing more than 24 fishing ports.

The Arab League Council held a tribute and started by expressing that the late Sheikh Khalifa passed away after a journey full of giving and achievements, but ‘his memory remains indelible, as with the clear impact he made on the local, Arab and international levels’. Leaders near and far have highlighted the virtues of the late president, and his track record of national achievements.

He will be fondly remembered

My heartfelt condolences to the family of Sheikh Khalifa bin Zayed Al-Nahyan and to the people of United Arab Emirates.

He will be fondly remembered as a visionary leader who brought rapid development to the UAE. pic.twitter.com/s21rLyzUEE

I traveled to the United Arab Emirates to express condolences on the passing Sheikh Khalifa bin Zayed, who was a close friend of the U.S, and to make clear we will continue to deepen our partnership under UAE President Sheikh Mohammed bin Zayed’s leadership.