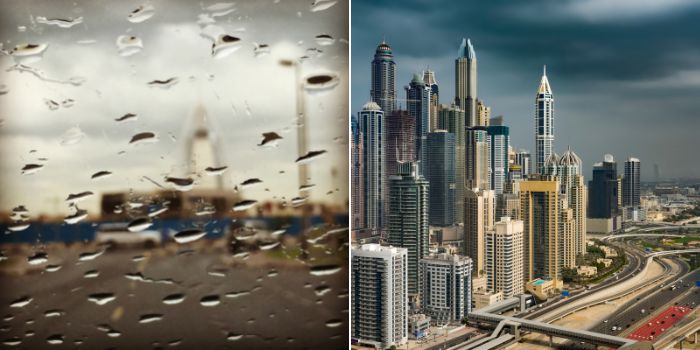 Lana Del Rey said “hot summer nights, mid-July…” and even though it’s a verse from a song, it’s honest reality.

The weather’s been quite toasty for a couple of months now but it looks like we’ll be seeing the light at the end of the tunnel… a good week.

The UAE’s National Center of Meteorology stated that from Tuesday, July 26 until Thursday, July 28 the country will see showers and lightning

The UAE will experience a flow of cloud formations from the Oman Sea with rainy clouds and thunder. It won’t always be raining though; parts of the emirates will see heavier rain than others. The weather will also get slightly cooler, dropping up to 5 degrees Celsius.