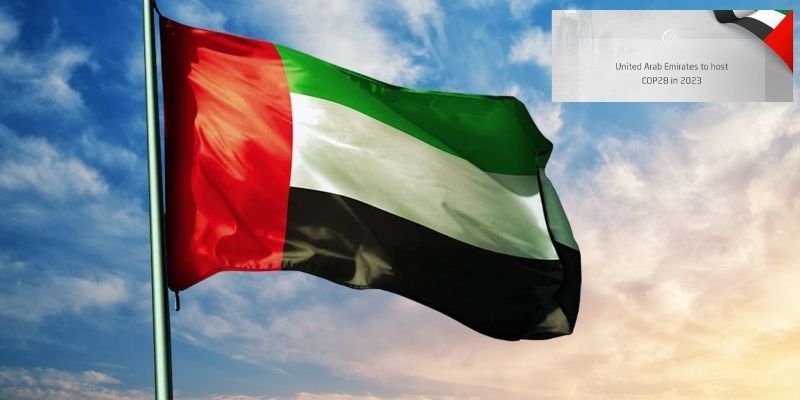 The UN Framework Convention on Climate Change (UNFCCC) has officially announced that the UAE will host the 28th Conference of the Parties (COP28) in 2023.

The UNFCCC confirmation followed unanimous endorsement by the Asia Pacific Group of nations during COP26, where nearly 200 countries have gathered to take concerted action to cap global greenhouse gas emissions and unite against climate change.
H.H. Sheikh Mohammed bin Rashid, Vice President and Ruler of Dubai, tweeted right after the announcement that the UAE will do all that it takes to make COP28 a grand success.
“We congratulate the Emirates for winning the bid to host the most important conference for climate Cop28, for 2023 … a deserved win for our country … we will put all our capabilities for the conference to succeed … the UAE will remain committed to global climate action to protect our planet Earth,” he said.

Sheikh Mohamed bin Zayed, Crown Prince of Abu Dhabi and Deputy Supreme Commander of the Armed Forces, said the UAE was “honoured” to be host country for Cop28.

“We look forward to working with the international community to accelerate global efforts to address climate change and environmental protection and create a more sustainable economic future,” Sheikh Mohamed tweeted after the decision.

The UAE is honoured to have been selected as the host country for COP28 in 2023. We look forward to working with the international community to accelerate global efforts to address climate change & environmental protection & create a more sustainable economic future.

Mariam bint Mohammed Almheiri, UAE Minister of Climate Change and Environment, said that the UAE is an internationally acclaimed driver of collective climate action and it takes pride in supporting an initiative like this.

Meanwhile, Egypt was officially selected to host the COP27 conference next year, the country’s environment ministry.

The North African country will held the conference in the Red Sea resort of Sharm El-Sheikh, it added.