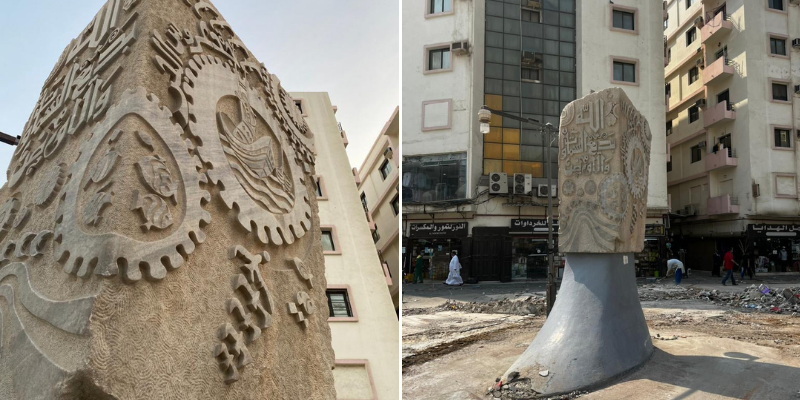 If you haven’t noticed, a huge restoration project is underway in Jeddah’s ancient Balad district, which is also a UNESCO World Heritage Site. A fish sculpture was uncovered during what was intended to be routine works part of the beautifying project.

Workers at the site painstakingly excavated the sculpture, and Minister of Culture Prince Badr Bin Abdullah Bin Farhan tweeted a photo of it in remarkably fine condition.

The sculpture was made in 1981 by renowned Saudi artist Abdel Halim Radwi (1939-2006). Radwi was a Jeddah-based painter, poet, and sculptor who was a pioneer of Saudi Arabia’s modern arts.

According to his daughter Maha, who spoke to a news website, this sculpture represents the Hijaz region’s monuments and culture. She also said that her father was the first Saudi artist to hold an art exhibition outside of the country.