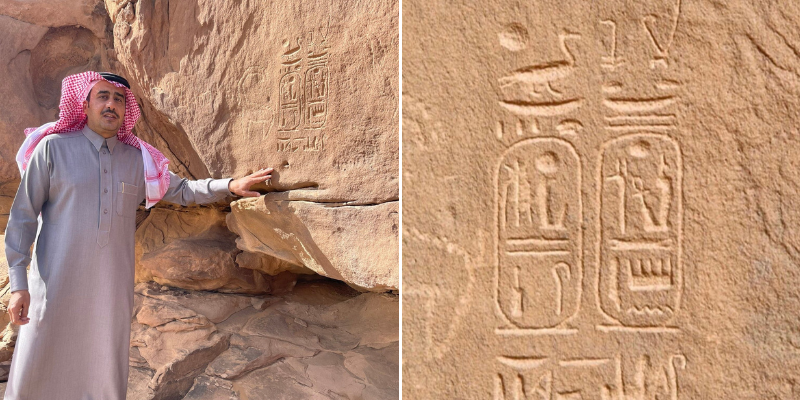 TikTok is where most viral trends are pouring out of nowadays but hey Reddit still has its good moments too and yes, it can still set trends and make things popular. A popular subreddit that has over 2.7 million subs saw a post about Saudi that received a tonne of upvotes.

Apparently, this inscription discovered near Tayma is the first hieroglyphic epigraph found in the kingdom.

But the discovery isn’t new it was actually discovered back in 2010.

The Pharaonic Tayma inscription is a hieroglyphic petroglyph found near the oasis of Tayma in Tabuk Region, Saudi Arabia. It is the insignia of Pharaoh Ramses III. First discovered in 2010. What an amazing journey to the site. Preserved so beautifully. pic.twitter.com/Dyuq2T9laO

Looks like the world just got one more reason to visit Saudi Arabia.