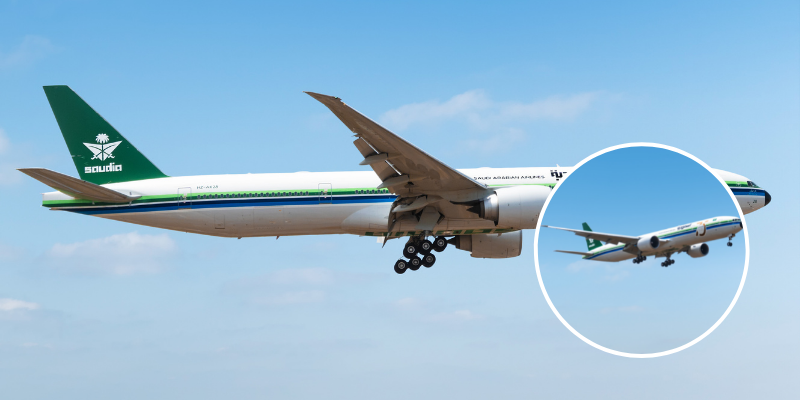 Saudia is all blue now but back in the day, everything about it was green, from the boarding passes to the livery on its planes and even the logo. Saudi Airlines has decked one of its Boeing B777 aircraft in retro colours from the 70s and 80s to commemorate the airline’s 75th anniversary.

This aircraft is even being used on international flights and on one of its recent trips to Mumbai it was spotted by an Indian plane spotter. It looks FAB!

He had earlier shared a photo of the Saudia National Day-themed Airbus that was also spotted in Mumbai.