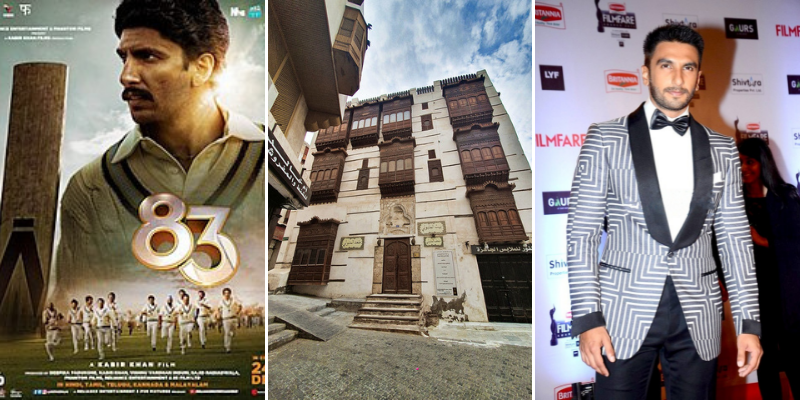 First, there’s Salman Khan coming to Riyadh for a concert and now Deepika and Ranveer are coming to Jeddah for their movie premiere! Bollywood is here folks.

Since its inception in 2018, Jeddah’s Red Sea International Film Festival has steadily grown to become one of the region’s largest film festivals. To prove how big it has become, big-budget Bollywood film “83” will have its world premiere here in Jeddah.

The film stars Ranveer Singh, Deepika Padukone, Pankaj Tripathi and Saqib Saleem — all of whom are expected to attend the premiere.

One last movie for @RedSeaFilm we are going to present the wWorld Premiere of 83 which sees Ranveer Singh playing cricket Kapil Dev. How’s that!

The Red Sea International Film Festival will take place in Jeddah from December 6 and will come to a close on the 15th with the screening of “83.”

The film’s director, Kabir Khan, will be in attendance at the premiere, as will Kapil Dev, the captain of the 1983 World Cup-winning team, and Mohinder Amarnath, the team’s vice-captain and celebrated cricketer Kris Srikkanth.

“83,” starring Ranveer Singh, is based on the actual story of Indian cricketer Kapil Dev (Singh), who led his country to its first-ever World Cup triumph in 1983 against the West Indies at Lord’s Cricket Ground in London.