Fluffy prizes are becoming so popular, that people are willing to spend hundreds on them!

With Riyadh Season going on, Riyadh Winter Wonderland and Boulevard City are getting numerous visitors to their zones for stuffed prizes!

The cuddly toys can be won by playing at the stalls set up at each zone. One must pay to play and sometimes ends up paying a lot.

However, this isn’t the case for Majed Al-Malki, a 19-year old who has won over 50 prizes, and put them
up online for resale for more than SR500! 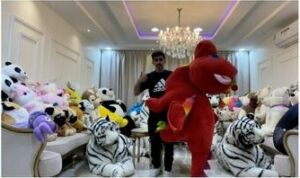 “When you are carrying a big toy, it is like you are driving an expensive car,” Al-Malki said. “People immediately want to talk to you and want to buy the toy from you.” 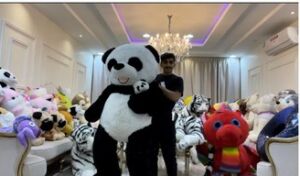 Malki became a sensation at winning almost every game at Winter Wonderland. He had people offering him up to SR 1,400 for the toys! He then considered turning it into a business, and visited the venues daily to continue winning to rile up a collection of 50 different toys.

Another 20-year-old resident, Tala bin Qassim, said she was stopped by many people who begged her to sell a stuffed toy she had won. Over five people stopped her and asked her to sell it, offering her SR500 for the stuffed animal!

Although he is making quite the profit, Al-Malki unfortunately expects the trend to end with Riyadh Season.