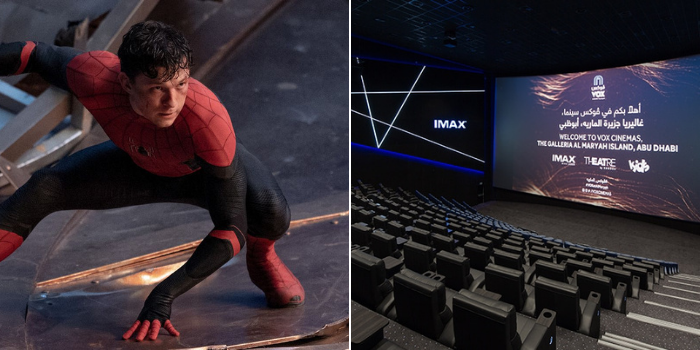 Cinemas are a new thing here but Saudi Arabia’s last year’s cinema ticket revenues show that Saudi Arabia has solidified its position as the Middle East’s biggest market raking in a HUGE $238 million in 2021. That’s a 95% increase from last year’s total reports Zawya.

The UAE was the number two in the Middle East bringing in box office revenues totaling a sizeable $130 million.

Let’s dive straight into the top movies that set the cash counters ringing in Saudi Arabia.

Wa’fet Regala ” A Stand Worthy of Men,” an Egyptian comedy film, came in first with almost $15 million in box office revenue. For Saudi Arabia, this is an all-time high.

Spider-Man Fever reached Saudi Arabia too as it came at number 2 with ticket collections of $11.2 million. It recorded a huge $5.1 million on the opening weekend alone.

Seeing the box office revenues here all we can say is that cinemas are here to stay, even in the age of Netflix.