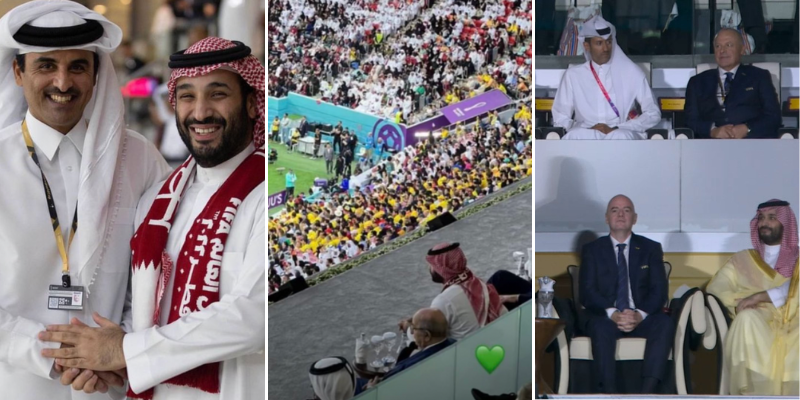 The Crown Prince, along with other leaders like the Emir of Qatar, Vice President and Prime Minister of the UAE and Ruler of Dubai His Highness Sheikh Mohammed Bin Rashid Al Maktoum, President of the UAE and ruler of Abu Dhabi Sheikh Mohamed bin Zayed Al Nahyan, Egyptian President Abdel Fattah El-Sisi, Jordan’s King Abdullah, Kuwait’s Crown Prince Sheikh Mishaal Al-Ahmad Al-Jaber Al-Sabah, and many other officials were in attendance in Al Bayt Stadium. 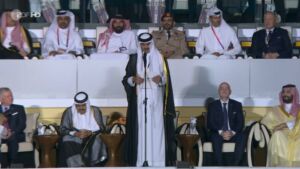 People were speculating about the Crown Prince’s conversation with the FIFA President, hoping the Kingdom has sealed the deal to host FIFA 2030 👀 The Crown Prince also showed up totally decked out with the Qatari flag around his neck 🇶🇦. The opening ceremony was quite a night with a beautiful display of fireworks, top notch performances, and famous faces.

The first match kicked off with Ecuador vs. Qatar,  where Ecuador took the win with a 2-0 victory.