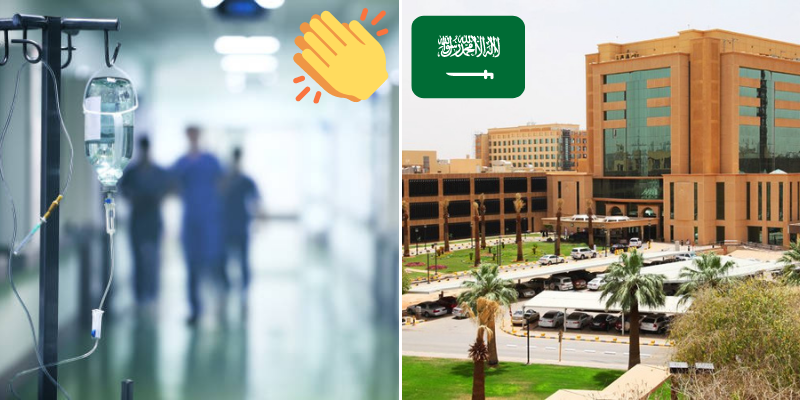 Egyptian Siamese twins Hassan & Mahmoud, who had previously a successful surgery to separate adhesions in the intestines, urinary & genital tracts and pelvis, in King Abdulaziz Medical City of the National Guard in Riyadh, #SaudiArabia 🇸🇦 in 2009 https://t.co/gz9nIQDOG6 pic.twitter.com/i99s5iFlTS

If you’re a med student then this is DEFINITELY a reason for you to stay and practice in the Kingdom. The hospitals were ranked on basis of treatment quality, data collection, and the doctor-patient relationship. These 29 hospitals made it high among 2,200 hospitals from 27 different countries. The rankings were decided by a panel of 8,000 experts from around the world, including physicians, patients, professionals, and administrators.

King Salman left King Faisal Specialist Hospital in Jeddah last night after completing medical examinations, thanking well-wishers in Saudi Arabia and around the world for their messages of support. pic.twitter.com/SDZAugpybe