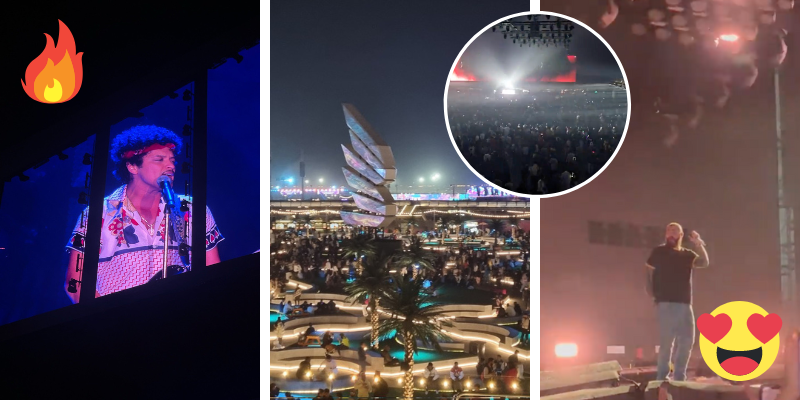 Riyadh welcomed over two hundred different artists to this year’s edition of MDL Beast Soundstorm. The capital swarmed with A-list singers from both East and West that totally lit up the stage.

The vibe that the #MDLBeast is!! 🔥

The dance shoes were put ON!! pic.twitter.com/7a7zjAVhgu

Cause you make me feel like⁰I’ve been locked out of heaven 🔥🔥 @BrunoMars #MDLBeast pic.twitter.com/U2bhCdpSr7

Bruno was one of the many famous faces that fans got to sing along with. Other artists like Jorja Smith, Amr Diab, David Guetta, Lost Frequencies, Future, Rick Ross, and more got to light up the stage for their fanbase.

DJ Snake was even seen giving a special shoutout Saudi for their World Cup accomplishments. The DJ stated that Saudi has definitely made all Arabs proud, and even hopped in on the “Where’s Messi’” trend to get the crowd roaring 🔥

From the clean air, welcoming hospitality, to the fresh food, DJ Khaled was enjoying every second of his arrival in Riyadh. He posted all about his experience on his Instagram, to which fans responded with utmost excitement. His content about Riyadh totally changed everyone’s perspective on the capital.

Wild scenes from this year’s Soundstorm, #KSA ’s giant rave in the desert produced by @MDLBEAST 2021 saw over 730,000 people attend over 4 days—a number organizers expect to increase over this year’s 3-day event making it arguably the biggest music festival in the world. pic.twitter.com/DbJXLZeM46

Fans tweeted about their unique experience, favorite artists, and memorable moments of the 3-day festival.

But everyone loved DJ Khaled’s energy the most 😂 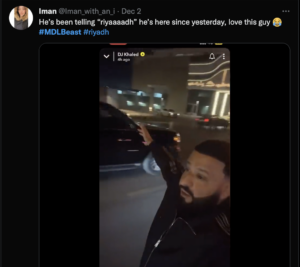