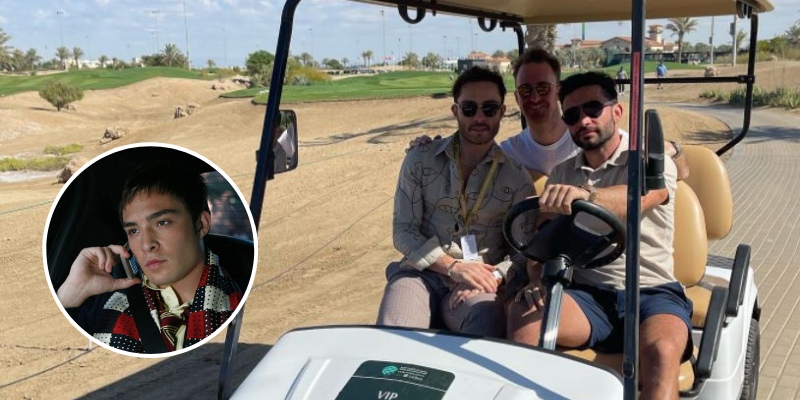 The Hollywood star flew into the Kingdom for the PIF (Public Investment Fund) Saudi International golf game. Westwick came in to take a swing at the sport, and was enjoying every moment of it.

The actor praised Saudi for its ‘classy’ and ‘elegant’ weather and emphasized his much needed getaway from the harsh England weather, making the Kingdom his next best destination

The Gossip Girl superstar was also in Jeddah last year to attend the Red Sea Film Festival, and praised Saudi for its progression and dedication towards the entertainment industry. He also attended the MDL Beast sandstorm concert last year.