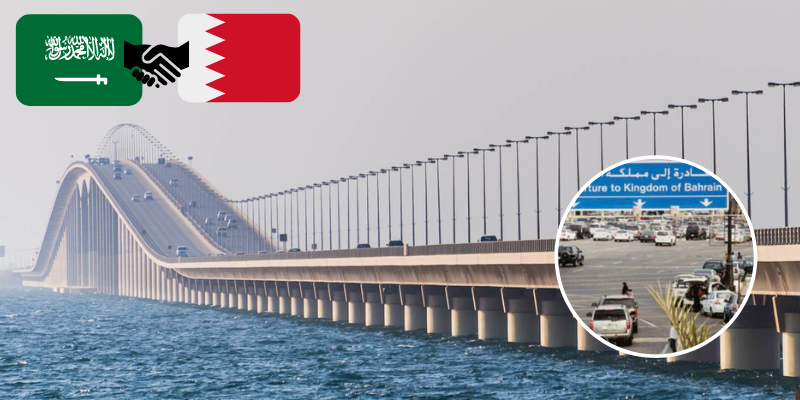 #SaudiArabia and #Bahrain, with the King Fahd Causeway connecting the two countries. pic.twitter.com/s81eLsjnMm

The King Fahd Causeway is a 25 kilometer long bridge that connects Bahrain to the Eastern Province of Saudi Arabia. You can be leaving Manama by Saturday morning, and end up in Al Khobar by lunch time. This bridge is used on the daily totalling to more than MILLIONS of drivers yearly. The holidays and weekends can get hectic to total a drive-time of sometimes four to six hours! Regardless of the hassle, people still love to jump between the two countries whether it’s to spend a weekend on the Khobar corniche, or shop for bundle deals at City Center Bahrain. So here are five interesting facts about this iconic bridge that you can share with friends and family!

Conceived in 1954, plans to construct the causeway began in 1965…(cont) pic.twitter.com/I0UrDa1YIK

The idea behind this bridge was to strengthen the bond between the two neighboring countries, to facilitate ease of transport. Officials had began planning the project and construction all the way back in 1965, and was completed in 1986.

The King Fahd Causeway Authority reported that during the month of July, around 2.59 million people had crossed the bridge. 1.29 million had departed from Bahrain to Saudi, while 1.3 million traveled vice-versa.

The causeway had A-list contracters and designers from The Netherlands and Saudi Arabia. The road was built using 47 THOUSAND tonnes of steel, and was supplied equipment from top Dutch machining companies like H.J Grimbergen B.V.

The chief of the causeway authority had expressed concerns about the travel-time on the borderes due to the lack of multiple stations. The causway was then extended to increase from 10 lanes to 17 lanes, and feature more coffee shpos and grocery stores. The washrooms, mosque, and telephone stalls were also renovated, to ensure all travelers have a nice place to stop and rest during travel.

This was the highest number the causeway had witnessed in 33 years. This occured back in May 2019 on Wednesday and Thursday, where the bridge was overcrowded with more than 100,000 cars stuck bumper-to-bumper on the borders. This is one of many examples of the masses that flock up on the bridges. You can actually see live traffic updates of the crowd here on their official live-streaming site.