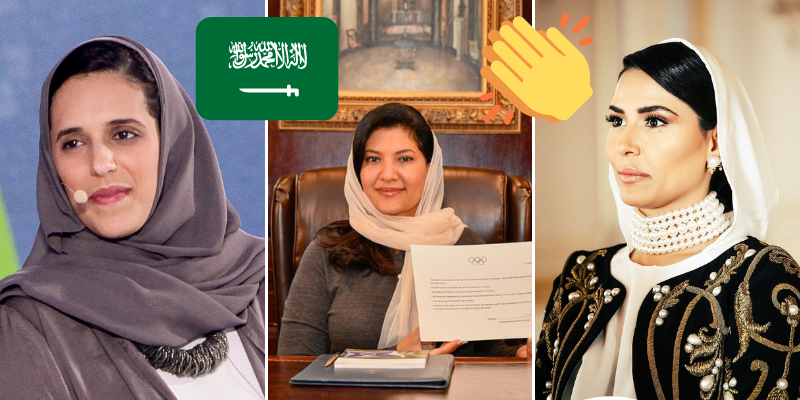 From advocating social reform, owning a thriving business, to even supporting an international charity, these women really have transformed the way society percieves Saudi princesses, and are proven to be progressive innovators.

Scroll down below to take a look at five, of many, inspiring princesses that are bringing about reform and success to not only the Kingdom, but the world.

HRH Ambassador @rbalsaud was hosted by Governor Spencer J. Cox of Utah, First Lady of Utah @AbbyPalmerCox, and Utah Senate President @JStuartAdams in Salt Lake City. The two sides discussed areas for continued collaboration between the Kingdom and the State of Utah. pic.twitter.com/7lL6R7YMHd

This princess is not only a local sensation, but has impacted the world on an international level. Back in 2020, this icon was named the first Saudi-female ambassador to the United States of America. Constantly working towards social reform for women, Princess Reema has really paved the way for the upcoming generations to excel in both business and societal roles. The inspiring icon is also a huge supporter for Breast Cancer Awareness in the country. However, Princess Reema doesn’t stop there. She is also an active supporter and participant in the Kingdom’s sport activities, as member of both the Saudi Olympic Committee and International Olympic Committee. She is truly inspiring!

Princess Moudi is one of the most dedicated and persistent supporters for Saudi’s local charities. With over 30 years of immense charitable initiatives, this princess is only looking to further transform and support her society. She is also secretary-general of the King Khaled Charitable Foundation, the Down Syndrome Guardian Association, and the Al-Nadha Women’s Charitable Society. Talk about dedication!

Wife of Prince Abdul Aziz bin Talal Al-Saud, this Saudi princess has made quite the name for herself in the business world. As the official founder of the Ahyaha Foundation, this princess is looking to transform her community with educational and sustainable reforms. She is also the granddaughter of late King Abdullah bin Abdul Aziz Al-Saud, and even became an Honorary Ambassador for the Mentor Foundation in the USA. Princess Sora also owns the coolest jewelry line, Loren Jewels! 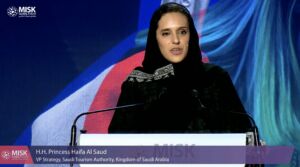 Princess Haifa is the Vice Minister of Tourism who implements innovative reforms, transforming tourism and travel in the Kingdom. She is also part of the board of directors at the General Authority of Civil Aviation, Qiddiya, Tourism Development Fund, and the Tourism Development Council. She is known to be an outspoken icon in support for women’s rights and equality in the Kingdom. Her constant dedication and passion for fencing lead to the formation of the Saudi Arabia Fencing Women’s Team, with a total of 200 members! Princess Haifa is also the founder of The Empowerment Hub, a nonprofit organization for women’s health, which invests more than 1 MILLION Saudi Riyals into local charities. This is just super impressive!

This princess is an absolute fashion icon around the world! Not to mention, HRH Princess Johara is also an advocate for women’s in society and the business world. She has attended dozens of worlwide summits and conferences related to women entrepreneurship. This sensation also has the most gorgeous sense of style, with her breathtaking statement pieces. Her perception of fashion has inspired many, as according to Princess Johara, fashion is ‘telling a story, that you need to share, so that people can relate to it.’ That’s exactly what every fashion lover needs to hear!