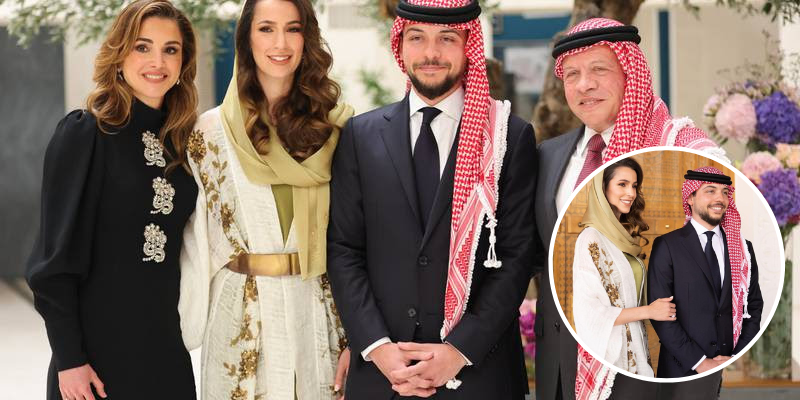 This absolutely SHOOK the internet and excited many for the binding of both nations. Rajwa was born and raised in Riyadh, Saudi Arabia which is actually where the engagement ceremony was held. The new couple was all smiles in the pictures, in which Jordan’s King, Queen, and Rajwa’s parents were present. Not to mention, the ring looks PHENOMENAL!

I didn’t think it was possible to hold so much joy in my heart! Congratulations to my eldest Prince Hussein and his beautiful bride-to-be, Rajwa pic.twitter.com/hVhJHhnCir