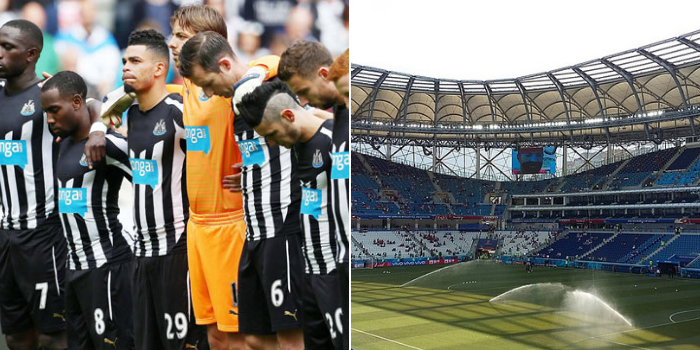 Newcastle United has been covered so much in the press after its takeover by Saudi Arabia’s PIF-led consortium. Saudi supporters who have been ardently following Newcastle matches since then will almost certainly have a chance to see them in person.

Newcastle United or Magpies as they’re called by their fans will be jetting off to Saudi Arabia later this month for a warm-weather training camp. The club, however, is yet to confirm this.

They are expected to meet a host of Saudi dignitaries on their visit here.

The PIF-led consortium that owns Newcastle clearly has a lot of incredible things planned up for it, reports are coming in that they’re on the lookout for big names. However, those will have to wait until the summer transfer window opens.

But they did sign a few biggies in the January transfer window, the most notable of which was Chris Wood who was signed in a sizeable £25m deal.

All Black and White. 🇳🇿