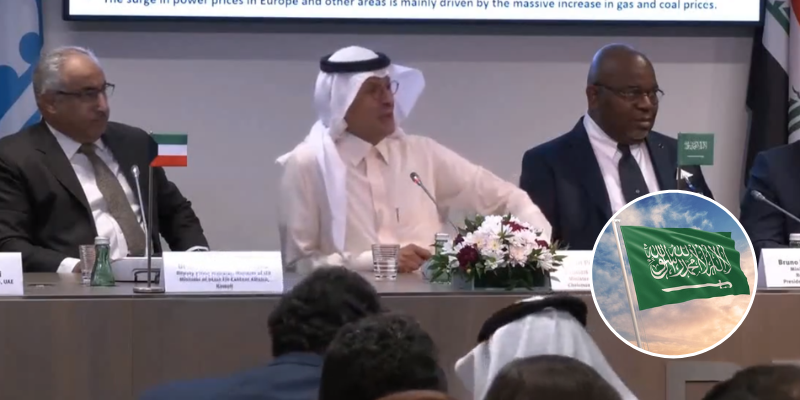 Earlier this week, OPEC+ announced its biggest cut in oil production since 2020. As expected, oil prices have surged since then. While addressing a presser following the meet in Vienna, the Kingdom’s Energy Minister, Prince Abdulaziz bin Salman Al-Saud, was approached by Reuters reporter Alex Lawler for a question.

Upon hearing that he was from Reuters, the minister fact checked his employer Reuters’ claims on the spot after it carried an article stating that Saudi Arabia and Russia are targeting a $100 price for oil.

He also accused the news agency of relying on anonymous sources rather than an official spokesman.

The video has gone viral and earned much applause on Twitter. It has garnered over 1.6 million views on Twitter alone at the time of writing this article.

Wait till you see the UAE’s Minister of Energy and Infrastructure’s response to a reporter that has also gone viral. He was asked about the West’s “energy poverty” at the same press conference and this is what he had to say. EPIC!

Excellent take by UAE 🇦🇪 Minister of Energy @HESuhail during the presser today at OPEC+ …pic.twitter.com/tLBMNgWYoT