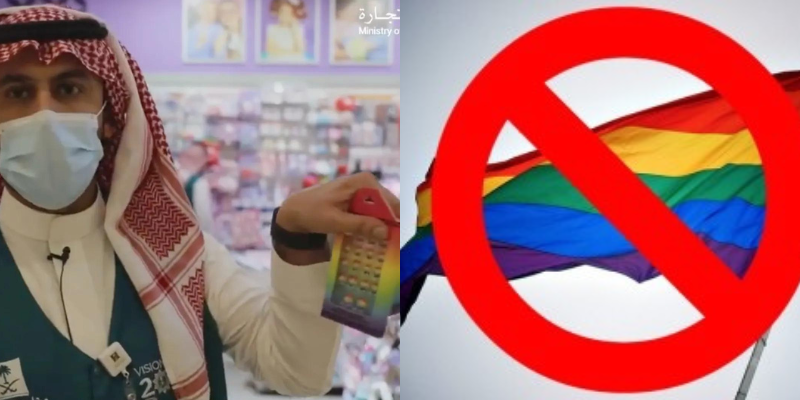 Items like bows, clothes, toys, and stationary are all being confiscated in Saudi Arabia in order to avoid promoting homosexuality in the Kingdom

Saudi officials have been seizing rainbow-coloured toys and clothing from shops in Riyadh as part of a crackdown on products believed to be promoting homosexuality and LGBTQ, state media has reported. pic.twitter.com/NGZq16yNka

Officials in the Kingdom have highly condemned any acts or support of homosexuality within the country. Due to the ongoing pride month, Saudi chose to STRICTLY ban all rainbow-colored items from reaching children, as it holds an ‘indirect message’ of homosexuality.

#DoctorStrange in the Multiverse of Madness has been banned in Saudi Arabia, Kuwait and Qatar for the inclusion of a LGBTQ+ character —#AmericaChavez.

Recently released animation ‘Lightyear’ was also banned in many gulf countries due to a same-sex kiss on screen, which contradict many Islamic countries’ values.