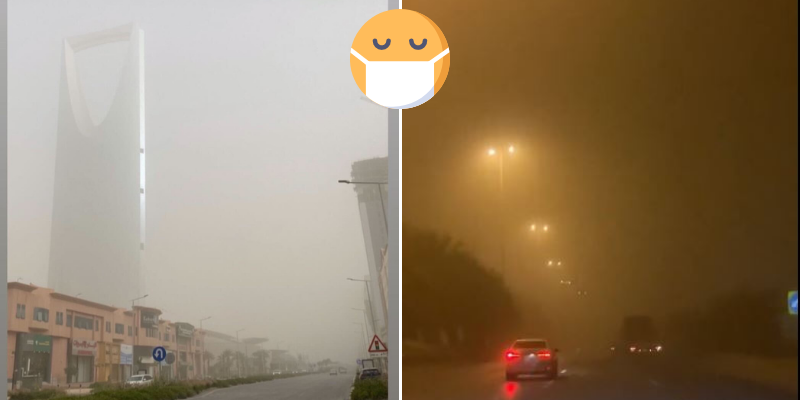 Earlier this morning, citizens of #Riyadh woke up to a sandstorm that will last to 7PM this evening pic.twitter.com/i1hu3Fwt4F

Residents of the capital woke up to this sight that is predicted to last until 7pm today. Sandstorms are quite common around this time of year, but unfortunately always dull down the day and sunshine.

Citizens had even appealed to the Ministry of Education to close down schools for the remaining hours due to the severe weather.

@IQAir publishing dangerously misleading #AirQuality info in their website. They say AQ in #Riyadh is moderate but thanks to the current sandstorm you can’t see buildings 300m away. My #IQAir outdoor AQ monitor shows the real picture: highly dangerous conditions. 1/2 pic.twitter.com/LKMJRWbjdc

People took to their socials to share images of the movie-like scene of the sandstorm. 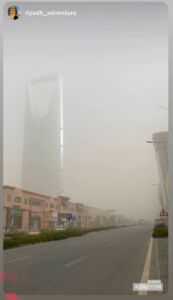