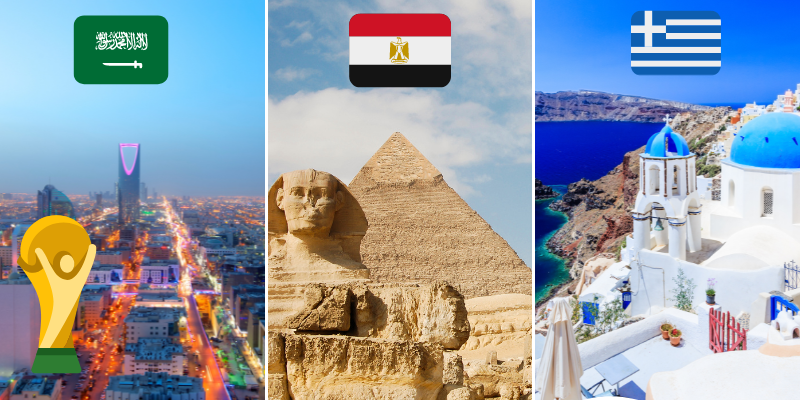 This would mean the FIFA World Cup would be held across three continents of Asia, Africa, and Europe, for the first time in history.

Saudi Arabia had also submitted their bid on the basis of ehnacing their sports industry along with attracting tourism. The Kingdom already welcomed thousands of people in the recent “Rage on the Red Sea” heavyweight boxing match, held in Jeddah. Big names like Oleksandr Usyk and Anothony Joshua were the headliners of these matches. Boxers and spectators from all over the world came to attend these games.

If the bids are accepted, this would be the second time FIFA World Cup tournament would be hosted in the MENA region, following Qatar’s upcoming FIFA 2022 World Cup. However, it would be the first time the matches are held across three different continents.