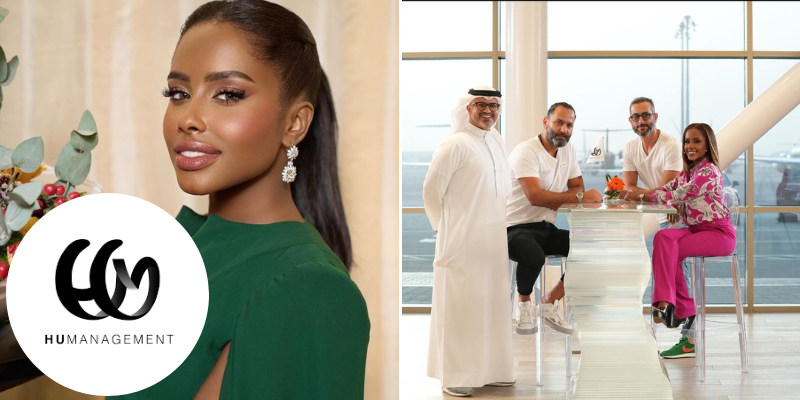 After a number of successful collaborations between the two, the singer announced the good news on her Instagram captioning the post ‘New beginnings’

Her music is a unique blend of her youthful spirit with a touch of Gulf melodies, making her songs HUGE hits. With her artistic career full of success and the e-marketing and representation skills of Humanagement, this new partnership is set to bring about great change. The contract was signed in Dubai between the partners of the company Mr. Hadi Hajjar, Mr. Tarek Abu Joudeh, and Mr. Muhammad Darwish Al Zarooni, who has personally accompanied Dalia throughout her careeer and success journey.

This is the beginning of a great partnership with only greater things from here on!