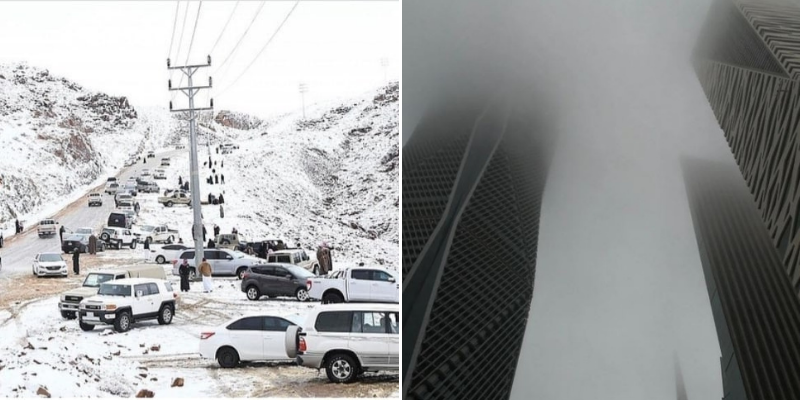 With it already snowing in Tabuk and foggy mornings in the the capital, Saudi Arabia is set to see a significant drop in temperatures this coming week.

Official spokesman for the National Center of Meteorology, Hussain Al-Qahtani elaborated on the low temperatures, explaining how the Kingdom is experiencing one of the strongest cold waves! All northern, eastern, and southern areas of the country will experience drops amid the cold winds.

He further added that temperatures in Riyadh will rapidly drop to 0 degrees! Time to pack up on layers!

While Riyadh experiences continued showers in its Eastern regions, northern regions of Hail will also experience snowfall in the upcoming days.

Videos of snowfall in the mountains of Tabuk had recently circulated all over social media. People also posted videos of hail-fall in the city of Medina, exhibiting the cold temperature changes throughout the Kingdom.