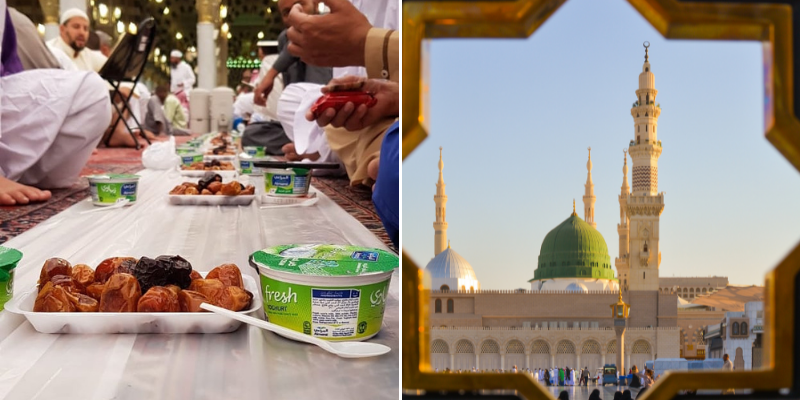 COVID-19 took away the communal feeling of dining side by side with individuals from various walks of life, which is a frequent sight during Ramadan. However, it appears like we will all be returning to the good old days as the iftar spreads will return to the Prophet’s Mosque.

They have, however, stated that strict health regulations would be adhered to.

Staples on the iftar spread would normally include dates, bread, yogurt, Arabian coffee, and water bottles. Though very simple compared to the exorbitant iftars prepared at homes in Ramadan, a simple meal here eating in the community spirit with people from all around the world is a feeling hard to describe. There are slight variations to the staples here with the occasional mandi as well but those are served in the open-air spaces outside the mosque.

These spreads by the way are provided mainly by the residents of Madinah, some of whom have been feeding pilgrims here for decades now from their own pockets.