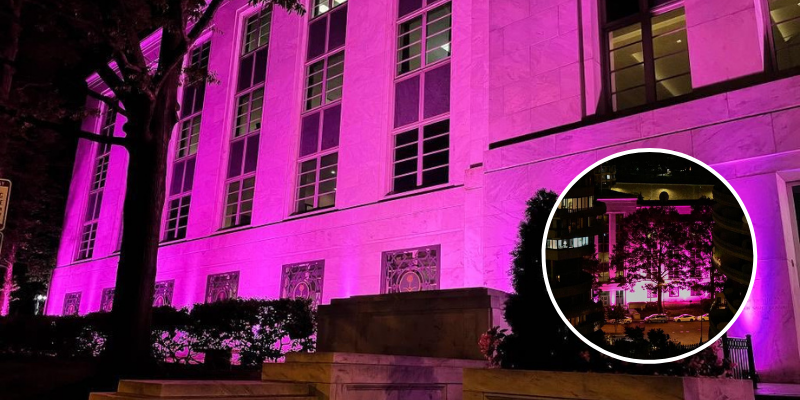 October is Breast Cancer Awareness Month and the Saudi Embassy in the United States lit up pink in honor of it.

To mark this year’s #BreastCancerAwarenessMonth, the Embassy is once again lit up in pink to honor those we’ve lost and those who continue to fight. Together we can end breast cancer. pic.twitter.com/G3hJYzqDKZ

A user replied by posting a photo of a water reservoir supposedly in Tabuk that was also lit up pink.

It has long been customary for sites throughout the world to light up pink in support of the cause; in the United States, even the White House was lit up pink this year.

The White House is illuminated in pink at the start of October in honor of National Breast Cancer Awareness Month. pic.twitter.com/dr0k23Zv3g

The Arab News citing a 2018 report by the World Health Organization states that the occurrence of breast cancer among Saudi Arabian women is almost 30%.