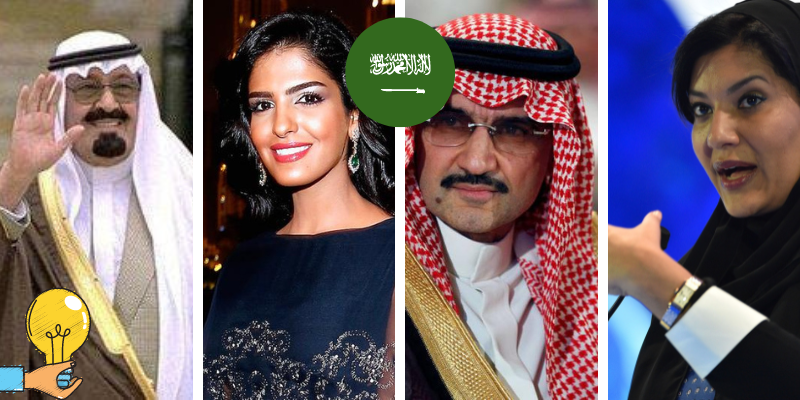 Saudi is full of inspiring entrepreneurs, royals, business officials, and celebrities that have a way with words. Everyone always needs a good pick-me-up when they’re feeling low on motivation, and these seven quotes by prominent Saudi individuals will do exactly that.

Saudi Arabia is empowering its youth to seize the opportunities of its dynamic tourism sector! The @WTTC Global Summit in Riyadh hosted its youth program to examine the importance of youth on the global stage. Learn more: https://t.co/SfwrcmA8D1 #TravelForABetterFuture pic.twitter.com/UlGY6jnRrs

The Vice Minister of Tourism in Saudi Arabia gives you this important reminder of how powerful and impactful the youth of today’s generation is! The next time you feel like you can’t motivate to study for that final, print this quote out and read it a hundred times, because according to Princess Haifa, YOU are the future.

This reminder is by the late King Abdullah bin Abdulaziz Al Saud of how justice and ethics are what take the world further, not violence. Considering the numerous conflicts going around the world today, you should definitely keep this quote handy to remind yourself of what really matters in today’s world.

“No company should depend on one person no matter how that person is smart or genius, whether it’s Apple or News Corp, or Citibank or any other company in the world.” – Prince Alwaleed Bin Talal https://t.co/RLQwvklK4n pic.twitter.com/UItwC4vAKH

This quote is for the hardworking individuals that should understand the importance of collaboration. Prince Waleed reminds you that one should never rely solely on an individual, but rather come together as a whole to accomplish something big in the world.

“Education is enlightenment, people get to judge when they’re not very much aware of something” –@AmeerahAltaweeL

This quote by Princess Ameera is very inspiring when it comes to understanding the importance of education. The next time you feel lazy waking up for work/school, read this quote.

If you stand still, you give them the power to push you down. If you keep walking, they have to follow you#Reema_Bandar_AlSaud pic.twitter.com/0oIeCX9sxS

This quote is beautiful. Princess Reema really knows how to motivate you when you’re stuck at a standstill. She tells you that instead of letting people push you down,  get up on your feet and walk on your path of life. People won’t be able to knock you down if you’re walking, they’ll only follow.

True leadership knows not to go to extremes but knows how to confront and appreciate challenges.

Lubna is known to be one of the most powerful women in the world, according to Forbes, and just gave you her hack. In order to be a true leader and excel in your career, you MUST know how to appreciate the challenges that come your way. Keep this quote on you for the next time you feel over-burdened.

Wise words – “I fear that the day I die, I am going to die without accomplishing what I have in my mind. Life is too short, and a lot of things can happen, and I am really keen to see it with my own eyes – and that is why I am in a hurry.”

This one’s for the dreamers who look to achieve big things in their life. With all the numerous and big-scale projects Saudi Arabia is coming up with, Prince Mohammad bin Salman is only doing so, so he gets to witness the greatness and potential of Saudi Arabia coming to life! 👏