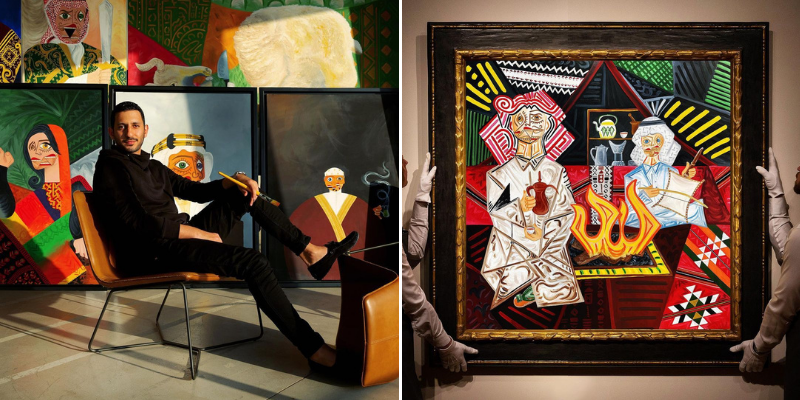 Inspired by the Spanish prodigy’s cubism, Faisal creates distinctive portraits, showcasing how Saudi Arabia is modernizing and adapting to change. His artwork includes values such as social customs, traditional clothes, and hospitality within the Kingdom. He explains how the tradition and values  within his hometown, has inspired him to create such masterpieces.

“I get inspired by my culture and by other artists, both globally and locally,” he said.

His “Reema Lisa”, a twist on the famous Mona Lisa depicts a Saudi woman dressed in traditional Hijazi dress.

As shown above, “The Men of Saudi Arabia” shows Saudi men camping in a tent in the desert.

This is a twist on Da Vinci’s The Last Supper, titled as “The First Fatoor”

The artists was born and raised in Jeddah and has been painting since the age of 6! His work has been exhibited in galleries of London, Boston and his hometown, Jeddah.