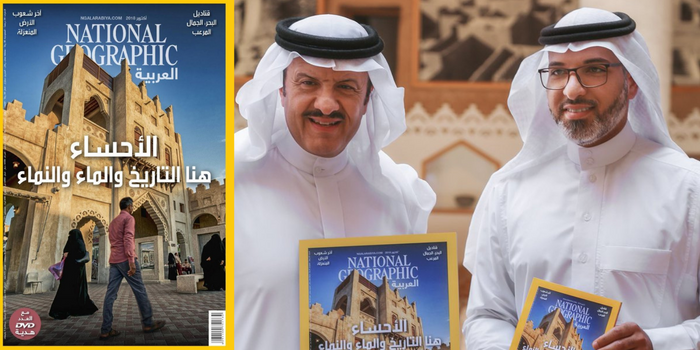 Meet Abdullah Al-Sheikh, a Saudi man who has quite the eye for photography which landed him a feature in National Geographic 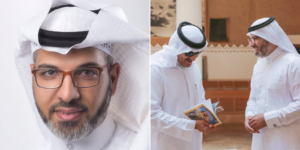 The Kingdom contains many different treasures that world deserves to witness, and photography is one of the best ways for that. This is exactly what Saudi photographer Abdullah Al-Sheikh aims to do with his breathaking photography of Al-Ahsa’s vast landmarks.

This image was taken by Abdullah of the Al-Ahsa ‘Al-Qusairiya Market” that made it on the cover of National Geographic Arabic! 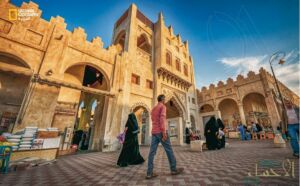 This image was chosen to celebrate the 88th anniversary of Saudi National Day and the magazine’s eighth anniversary back in 2018. The edition also included 7 full pages with 12 images of him titled “Jinan Al-Ahsa .. The singing”.

Abdullah also  represented Saudi Arabia in the first photography exhibition held by National Geographic magazine in the UAE, where he presented many photos to showcase nature and heritage in Saudi Arabia

Abdullah doesn’t stop here, as he has won numerous titles for his awesome pictures. Such include first place for ‘The Palm Award’ in the eyes of the world under the patronage of His Highness Sheikh Khalifa bin Zayed in the UAE (2021), the ‘Sheikh Hamdan Bin Rashid Al Maktoob International Photography Award’ (2020), and first place in the initiative to enrich the media content of the National Day in Al-Ahsa by launching the Emirate of the Eastern Region (2020)

When looking through his feed, you’ll find that each picture and video includes a detailed caption or story to enhance the signifiance and beauty of the images.This really adds life to his captures, proving that Abdullah really is a top-notch photographer who’s talents can land big gigs like National Geographic.