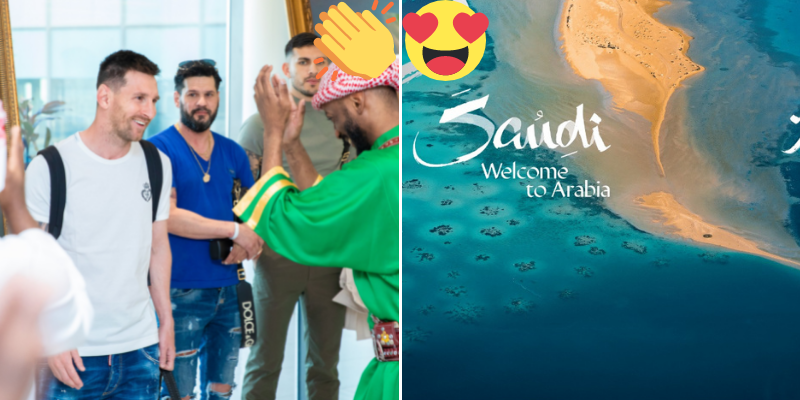 After fans pondering about Messi’s sudden trip to the Kingdom, the legend has now been appointed as the Saudi Tourism brand ambassador

The famous football legend’s fanbase is in millions in the Kingdom which will now cheer for the player’s local contribution. Saudi Tourism’s Minister Ahmed Al-Khateeb had welcomed the player to the new role and exciting future alongside Jeddah’s tourism and attractions.

Fans first began to speculate the reason of his visit as a leisure trip to visit Jeddah’s sites and the ongoing Jeddah Season. To everyone’s surprise, the player took on a new role, supporting the toursim development of Jeddah. Fans are super excited and are praising Saudi Tourism on this step which will help push international travlers to visit the country.