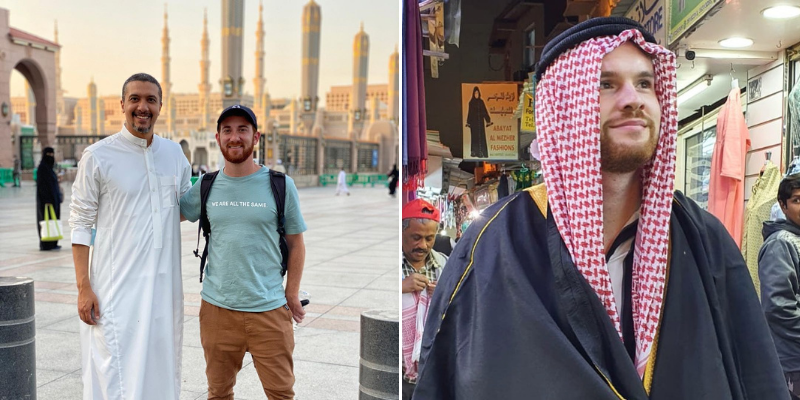 Globetrotting vloggers have been flocking to Madinah in significant numbers ever since the city opened its doors to non-Muslim guests. Most were clearly impressed and a thing resonating with them was the distinct aura of the city. Tell us about it – it really is surreal, something that’s to be experienced firsthand. Anyway, here’s a look at some western YouTubers who’ve visited the city.

British travel blogger Ellie Quinn first visited Madinah about a year ago, she then started looking into Islam and six months later converted to Islam. She shared the profound impact Madinah had on her in a video.

Jason Billam has a huge half million-plus subscribers on YouTube and he was one of the first travel vloggers to visit the city. His experience is one that’s not to be missed.

Saudi Arabia was the 197th and last country on Drew Binsky’s epic world tour. He recently shared a photo with the Prophet’s Mosque in the background captioning it with a text that reads “I’m truly amazed by Medina. You can really feel a spirit in the air…”.

Doug Barnard has shared a lot of vlogs of his travels around Saudi and we really can’t get enough of ‘em. He’s shared a vlog from Madinah too that’s absolutely worth watching.