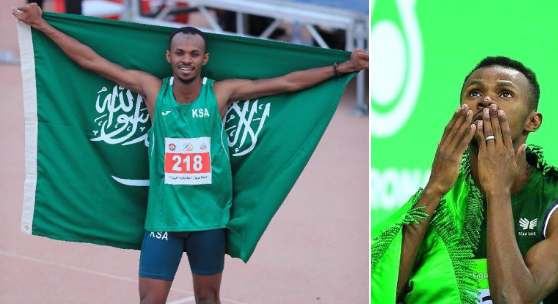 Saudi runner Mazen Al-Yasin has qualified for the semi-finals of the 400-meter race at the Tokyo Olympics in the second group qualifiers.

Mazen Al-Yassin is a Saudi runner who started his career in 2013 and has participated in several tournaments, including the World Youth Championships, and the Asian Athletics Championships. He also won silver at the Asian Indoor Games.

Mazen has received so much support and praises not just from Saudis but people in the wider Arab region for this historical achievement.

Here’s wishing him the best of the luck.