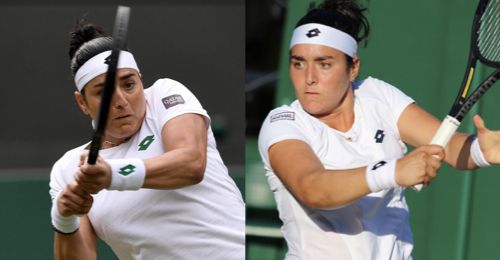 Taking on some of the best in any game is already an accomplishment in its own right for an up-and-coming player but it is a category in its own league when you are the first person from your country to be making such headlines.

And Tunisian tennis player, Ons Jabeur, is making headlines for her performance at the ongoing WTA tournament

Tunisian tennis star Ons Jabeur took on 2017 Wimbledon champion, Garbine Muguruza, and has now reached the fourth round of Wimbledon for the first time in her career.

She will face Iga Swiatek of Poland on Monday in another fascinating encounter.

Tunisia’s @Ons_Jabeur comes from a set down to beat 2017 champion Garbine Muguruza 5-7, 6-3, 6-2 – Iga Swiatek awaits in the fourth round#Wimbledon pic.twitter.com/cGwkaOmc41

She played against legendary Venus Williams in the second rounds and against Rebecca Peterson in the first.

Earlier in June Jabeur won her first singles title to become the first Arab to win a Women’s Tennis Association (WTA) title as she beat Russia’s Daria Kasatkina in straight sets in the final of the Birmingham Classic.

She is being recognized as a trailblazing player and here’s hoping to see so much more of her.