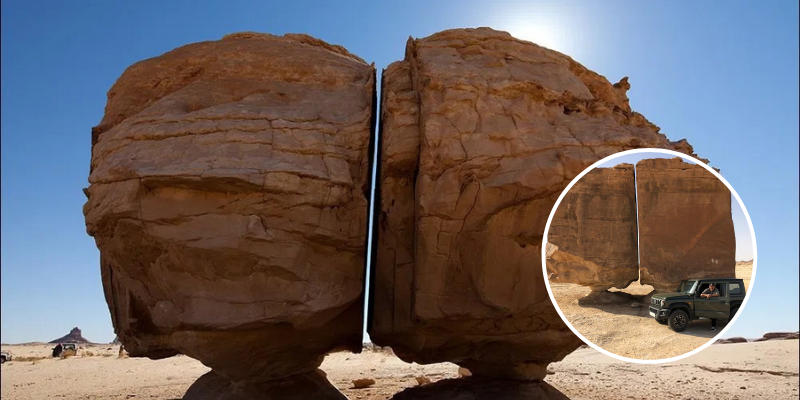 Whenever you think you’ve seen all of what Saudi has to offer, the country hits back with a new place every time. This vast country truly has lots to see and a recent photo that has been making rounds on Twitter proves just that.

The photo is of an ancient rock formation called the Al Naslaa and what’s special about it is the fact that it has what to be a laser-like cut right through its center.

The Al Naslaa Rock Formation, located in Tayma oasis, Saudi Arabia, has a perfect laser-like cut through its center. It’s over 4,000 years old and no one knows how it happened . pic.twitter.com/fXisPn04nC

It’s pretty big, just look how small this SUV looks behind it

And here is a picture of me on the other side of it. pic.twitter.com/Iz1u5Tkmvv

Including a user who suggested aliens 🙂

If you look closely you’ll even see some petroglyphs on it.