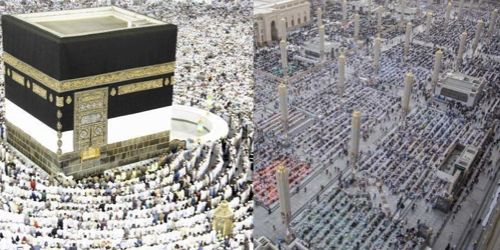 Saudi Arabia’s King Salman has approved Tarawih prayers to be held in the Grand Mosque in Makkah and the Prophet’s Mosque in Madinah during Ramadan.

The Ministry of Islamic Affairs said the decision was made to reduce the duration that worshippers spend inside mosques and to avoid high rates of infection.

Tarawih and Qiyaam prayers will be combined with the Isha prayer in all mosques in the Kingdom, and that they do not exceed 30 minutes.

Sheikh Abdul Rahman Al-Sudais, head of the Presidency for the Affairs of the Two Holy Mosques, said the decision was based on King Salman’s keenness to continue holding rituals in both mosques. He added that the presidency was deploying all its resources to serve pilgrims and worshippers during Ramadan.

Vaccinations are at the top of the priority list as no worshippers are allowed into either Makkah’s Grand Mosque or Madinah’s Prophet’s Mosque without having received at least one dose of the vaccine.

Permits will only be allowed through the Tawakkalna and Eatmarna apps, and will not be provided for unvaccinated individuals, as the latest Tawkkalna update has designated each category with a color code and barcode specific to their health status.