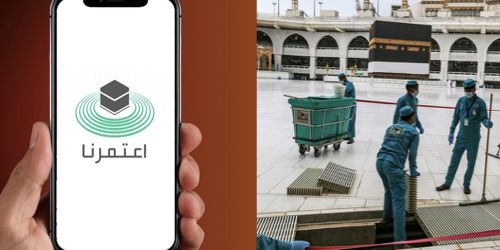 Hajj is wrapping up and soon, it will be possible for people based in Saudi Arabia to go for prayers or Umrah.

Applications are to be presented via the app, Eatmarnah

Permits will be available again from Saturday, after all Hajj rituals are completed.

Currently, pilgrims are performing Tawaaf at the Grand Mosque.

Applications for praying and performing Umrah at the Grand Mosque were paused earlier this month to allow pilgrims to undertake their rituals smoothly and finalize sanitization of the holy site.

Only “immunized” people against COVID-19 have so far been allowed to perform the Umrah and visit the Prophet’s Mosque in Medina.

Read Next: This Year’s Hajj Has Been A Complete Success Thanks To The Hard Work Of So Many People