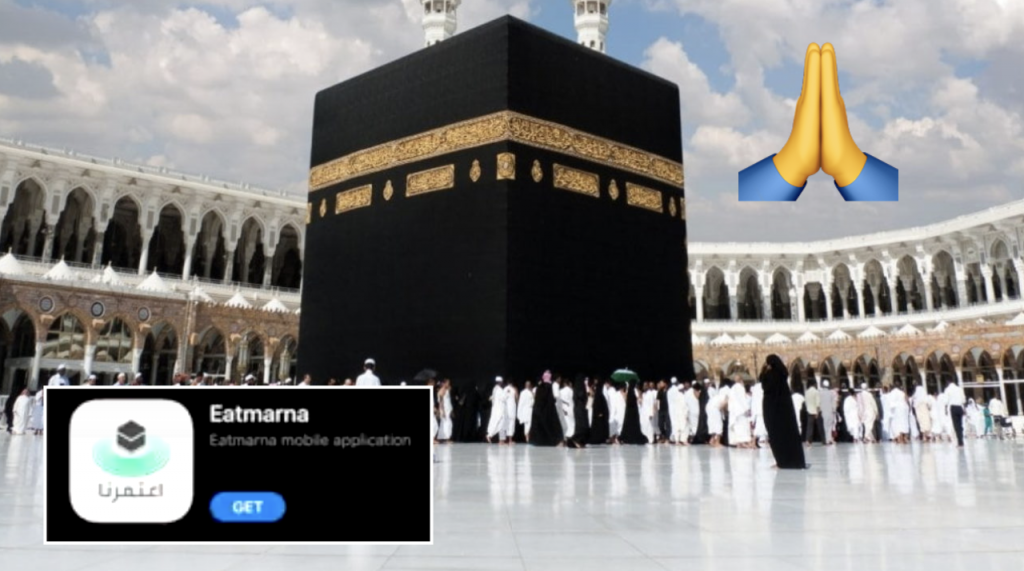 Great News everyone!  The “Eatmarna” app launched this morning, by Ministry of Hajj and Umrah to issue permits to perform Umrah and to Visit the Prophetic Mosque 🙏

This application was created to organize the entry of Umrah pilgrims and visitors, and that is after it was announced that the resumption of Umrah and visit is to start from October 4, 2020.

Which will be resumed gradually on 3 stages:

Stage one: Permission to perform Umrah for citizens and residents within the Kingdom, starting from Sunday 4 October 2020 – with 30% of the capacity (6 thousand pilgrims per day) at the Grand Mosque.

Stage two: To allow the performance of Umrah, visitation and prayers for citizens and residents within the Kingdom, starting on Sunday, October 18, 2020, at 75% of the capacity (15 thousand pilgrims per day, 40 thousand worshipers per day) at the Grand Mosque and the Prophet’s Mosque.

Stage three: Permission to perform Umrah, visit and prayers for citizens and residents from within and outside the Kingdom, starting from Sunday, November 1, 2020. Until the official announcement of the end of the COVID-19 pandemic or the passing of the dangerous phase, by 100% (20 thousand pilgrims per day, 60 thousand worshipers per day) of daily capacity, taking into account the precautionary health measures at the Grand Mosque and the Prophet’s Mosque.

The arrival of pilgrims and visitors from outside the Kingdom will begin gradually, with a decision from the Ministry of Health to countries that  don’t include health risks related to COVID-19.

The Ministry of Hajj and Umrah has launched the application ‘Eatmarna’ to enable those wishing to perform Umrah and visit.They have to request the issuance of permits to enter the Two Holy Mosques, in order to perform Umrah, visit and prayers according to the capacity approved by the authorities.That’s to provide a spiritual and safe atmosphere that follows health and regulatory precautionary measures in correspondence with the application ‘Tawakalna’ to verify the health status of the permit applicant.