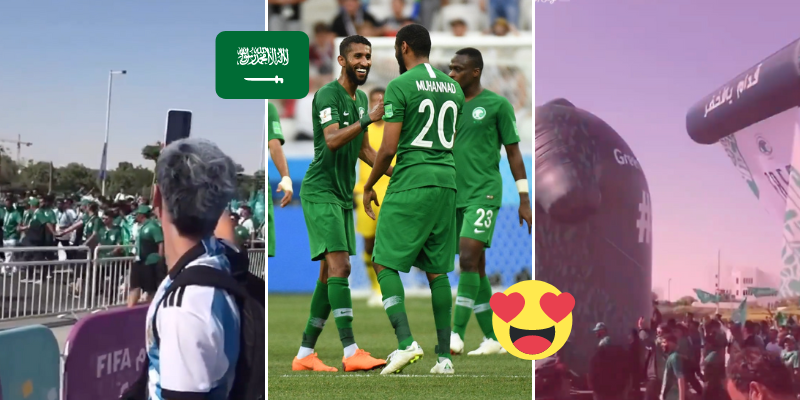 Fans were seen dancing, cheering, and singing songs in support of the greens set to go up against Argentina this afternoon

This would be the first match of the Saudi national team this World Cup season, and the crowd is totally ready for it. Huge signs of Saudi’s flags, the national team kit, and horse sculptures were all part of the march towards Lusail stadium.

Here are the players making their way to the stadium

Fans are absolutely ecstatic to see their team score!

People were cheering on the fans as they made their way through Qatar’s streets to Lusail stadium. Some of Argentinas fans were even seen making videos and cheering on the national spirit of Saudi’s fans.

The match will begin at 1pm KSA time