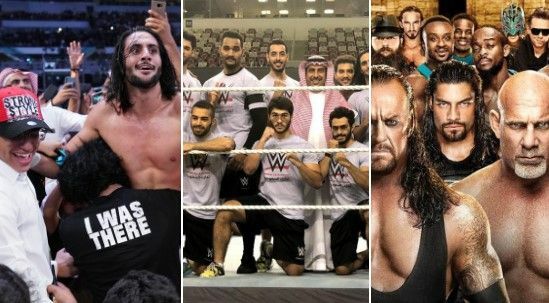 The WWE bouts have always been major crowd pullers here. It’s organized on such an incredible scale that even many of us who are not wrestling fans can be seen queuing up to buy the tickets.

Earlier, it was widely covered in the local press that the WWE Crown Jewel will take place in October.

We didn’t know the exact date then but now we do as the official handle of the WWE has tweeted about it.

The WWE Crown Jewel will be one of the biggest attractions of the Riyadh Season and will take place at the King Fahd International Stadium.

The fight lineup is not out yet but an earlier press release stated that the likes of Seth Rollins, Roman Reigns, Brock Lesnar, Randy Orton, AJ Styles and Rey Mysterio will take part. Saudi wrestler Mansoor Al-Shehail is also expected to be on the roster.