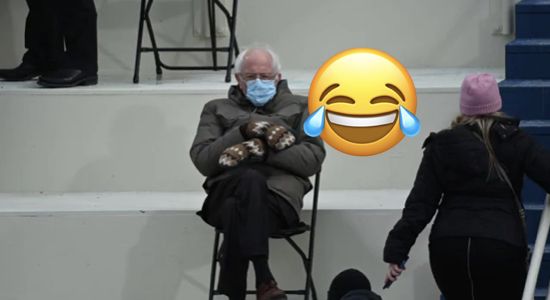 It all started with one picture of Vermont’s Senator, Bernie Sanders, at President Joe Biden’s inauguration.

He is socially distancing, wearing a huge jacket and large mittens, and looking just a tad bit grumpy (or just cold?). And just minutes after, the internet was doing what it does best – photoshopping memes.

Saudi journalist, Ahmed Al Omran, has made some memes that, just about everyone in Saudi Arabia, can relate to.

When your expat friends insist you go with them to Edge of the World.. again pic.twitter.com/IBj7lRPecH

It is not just Saudi-specific content though, Saudis are in on all the Bernie-related memes right now

When Jeddawi friends take you to the corniche to see the fountain but you are not impressed pic.twitter.com/MLkDLen3qg