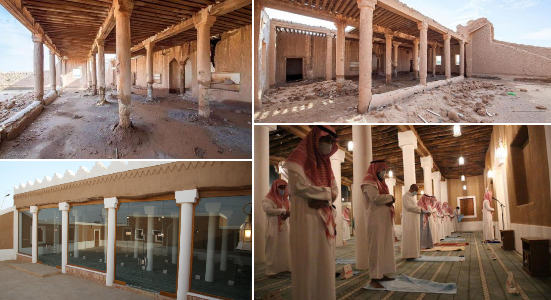 The historic “Aqlat Al-Suqur” Mosque is one of the oldest heritage mosques in the Qassim region, and the people of the region and surrounding areas used to come to pray in it.

It is also part of Crown Prince Prince Muhammad bin Salman’s project to develop historic mosques in the Kingdom, which includes 30 mosques in 10 regions.

It is a beautiful space!