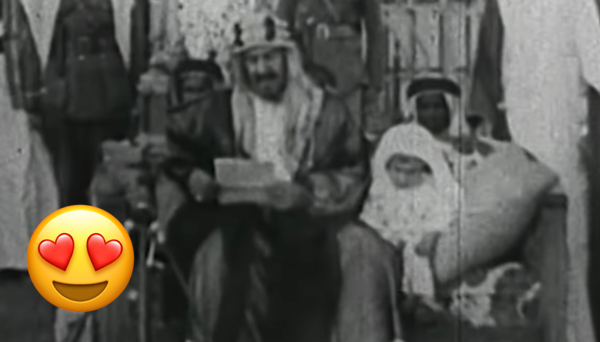 The footage was captured in Mina and shows the Custodian of the Two Holy Mosques King Salman bin Abdulaziz when he was three years old next to our founding leader King Abdulaziz Al Saud, may God have mercy on him.

During King Abdulaziz’s speech, he urged all Muslims to adhere to Islam’s instructions and the Sunnah of Prophet Muhammad, peace be upon him.

It is an honor to welcome the guests of the Rahman ??❤️